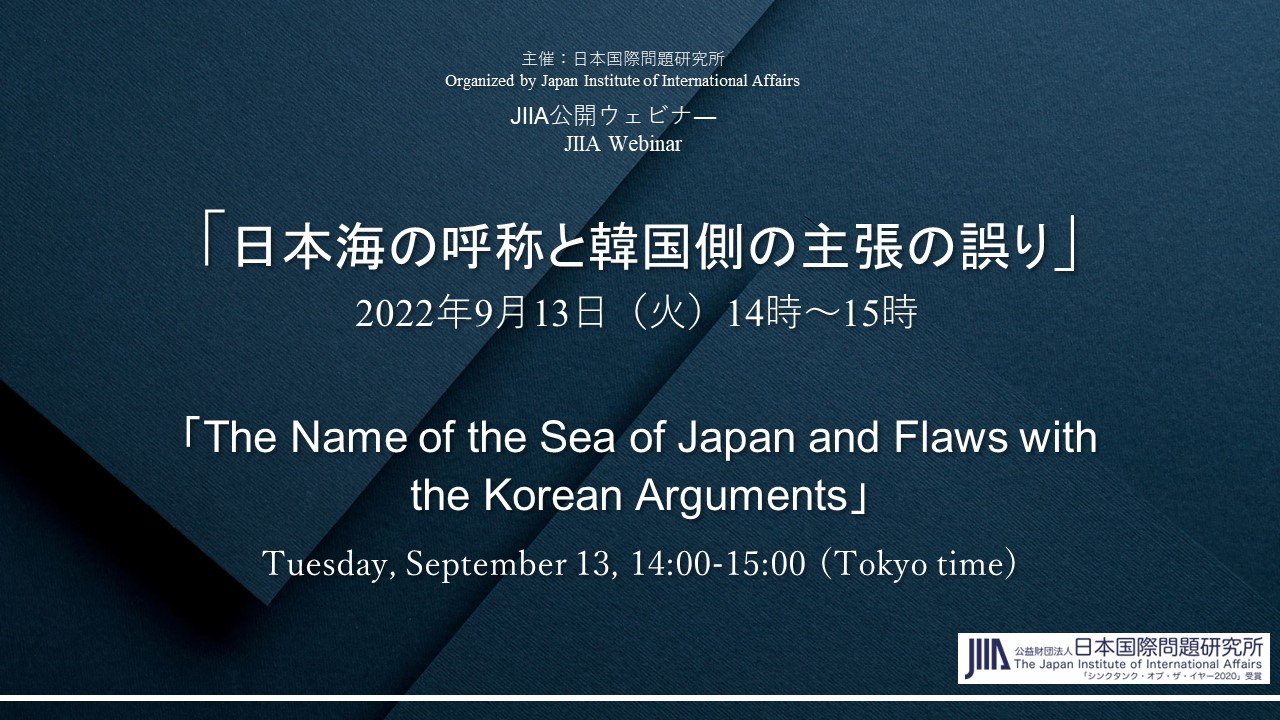 The Japan Information Center of the Japan Institute of International Affairs hosted a webinar titled " The Name of the Sea of Japan and Flaws with the Korean Arguments."Dr. Masao Shimojo, professor emeritus at Takushoku University and visiting professor at Tokai University and the University of Shimane, based on his long years of research on the subject, demonstrated that the South Korean use of the name of "East Sea" for the Sea of Japan dates back to as recently as around 1946, and that it was not "a remnant of Japanese imperialism" as claimed by South Korea. Using a wide array of maps, documents, and charts, he showed the flaws in the Korean arguments.