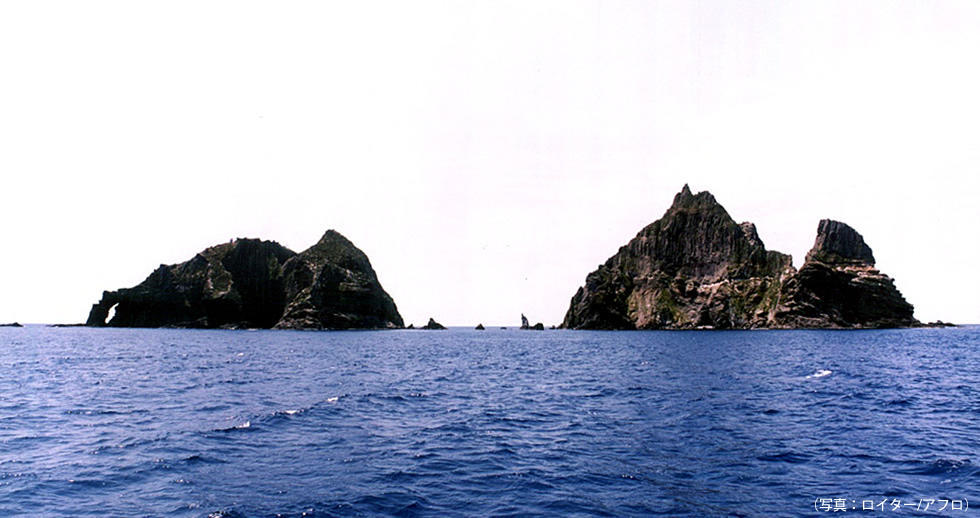 The Japan Institute of International Affairs (JIIA) launched the Japan Information Center at JIIA in 2017 to conduct research in the fields of territory, sovereignty, and history. The center collects and curates domestic and overseas documents on Japan's territory, sovereignty, and history and disseminates them abroad. The center also sponsors public symposiums, both at home and abroad, on the pertinent themes as well as conducts research and surveys on the relevant issues.

As part of its mission, JIIA has collected, curated, and analyzed domestic and overseas documents on territory and sovereignty in collaboration with ˙the Office of Policy Planning and Coordination on Territory and Sovereignty, Cabinet Secretariat, as well as experts in territorial issues.

For documents and information on how Takeshima was handled in the negotiation process toward the Treaty of San Francisco after the end of WWII, we requested Mr. Fujii Kenji, Advisor on the Takeshima Island Issue, Shimane Prefecture who had been engaged in collection of the said documents himself, to render a comprehensive analysis of the documents, the essence of which is summarized here. For detailed analysis and further study of the collected documents, please read the report contained herein by Mr. Fujii. It should be pointed out at the outset that the report represents the strictly personal view of the author, Mr. Fujii, and does not necessarily represent the view of the Japan Institute of International Affairs.

Article 2 of the Treaty of San Francisco and Takeshima--With a Focus on the Negotiation Process in 1951 by Fujii Kenji, Advisor on the Takeshima Island Issue, Shimane Prefecture

Summary of the Attached Article

Prior studies have already made it amply clear that the Treaty of Peace with Japan (Treaty of San Francisco or San Francisco Peace Treaty) signed on September 8, 1951, officially confirmed that Japan retains Takeshima. Nevertheless, as expressed in a public relations booklet titled "Dokdo, Beautiful Island of Korea" which was published by the Ministry of Foreign Affairs of the Republic of Korea, the ROK Government has a different view. With respect to Treaty's Chapter II Territory, Article 2(a), which provides that "Japan recognizing the independence of Korea, renounces all right, title and claim to Korea, including the islands of Quelpart, Port Hamilton and Dagelet," South Korean government insisted that "the mere fact that Dokdo [Korean name of Takeshima] is not explicitly mentioned in the said article does not suggest that Dokdo is not included among those territories of Korea that have been separated from Japan." Furthermore, the South Korean government continued to argue, "In consideration of the Allied Powers' stance, . . . it should be understood that Dokdo is included among the territories of Korea separated from Japan."

As a result of the author's review, it was reconfirmed that, at the U.S.-U.K. working level consultations, accepting British emphasis on the "desirability of disposing of islands between Japan and Korea by specific mention," the U.S. agreed to clearly specify the islands that belong to "Korea" which would be renounced by Japan. In return, the British government withdrew its proposal to enclose Japan with a territorial demarcation line and place Takeshima out of the line. Thus, Takashima is not included in the term "Korea (including Quelpart, Port Hamilton and Dagelet)" in the U.S.-U.K. joint draft made after the above-mentioned working level consultations. Consequently, the U.S. government's position that Takeshima should be retained by Japan was shared with Britain, making it the Allied Powers' common understanding.

In Part II of the attached article, the author draws attention to the U.S. and Australian repudiation of ROK's 1951 demand for Takeshima. The U.S. government understood that Japan's territorial title over Takeshima was based on "continuous and peaceful display of national authority." By the same token, in July 1951, the U.S. turned down the ROK government's demand for Tsushima that had been made in May the same year; the United States did not subscribe to the South Korean argument that Korea were a member of the Allied Powers and deserve to get a portion of victor's booty.

Then, the Republic of Korea requested Australia to support its alternative requests for demilitarization of Tsushima and the ownership of Takeshima. South Korean lobbying to the U.S. for Takeshima and South Korean démarche for Australian support was conducted almost simultaneously. In both cases, South Korea cited the security need to counter the threat of Japan as the grounds for its demands. Here, it is likely that South Korea had intention to convince the Allied Powers countries Tsushima's importance for Korea's security in the face of the threat of Japan and to argue that the same reasoning could be applied to its claims to Takeshima.

The South Korean demand for Takeshima was decided on very short notice after its request for the ownership of Tsushima had been turned down by the U.S. This probably explains the reasons why the South Korean side referred to Takeshima only as Dokdo in its request to the U.S. and Australia and even provided false information on the location of the island. Bewildered by the sudden and unclear requests from South Korea, neither the U.S. nor Australia responded affirmatively. Australia could not understand which island South Korea was referring to. After South Korea had provided the precise coordinate of Dokdo, the U.S. finally realized that the island that ROK was requesting was, as a matter of fact, Takeshima. Immediately after that, the U.S. government notified South Korea of the Allied Powers' common understanding that Japan was to retain Takeshima in an official letter by Assistant Secretary for State Dean Rusk in August 1951. Korea did not show any legal grounds for its territorial rights over Takeshima and could not supersede the Allied Powers' common understanding. And nothing indicates that Korea's argument for sovereignty over Takeshima for security reasons was considered among the Allies.

Nevertheless, even when it was notified by the U.S. that Takeshima would be retained by Japan and even though it could not find any legal grounds for its sovereignty over the island, South Korea could not stop its greed for unlawful occupation of Takeshima. One cannot but suspect that at the core of South Korea's demand for Takeshima was the same irresistible craving for obtaining a territory from Japan as a victorious member of the Allied Powers that the ROK did not hide in its earlier demand for Tsushima.

* Kenji Fujii is an advisor on the Takeshima Island Issue at Shimane Prefecture.