The Senkaku Islands Were No Man's Land 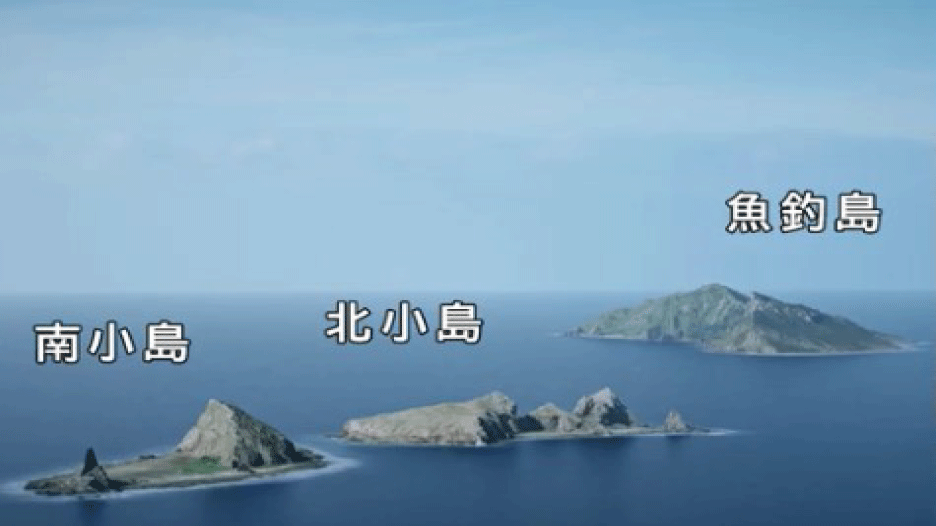 The Senkaku Islands became a Japanese territory on January 14, 1895 (28thYear of Meiji) by a decision of the country's cabinet that day. Before that, the islands had been terra nullius (no man's land). Through the cabinet decision, the islands came under the valid control of Japan, except for a period following Japan's defeat in the Pacific War when the islands were put under the military administration of the United States.

The governments of China and Taiwan began to show interest in the Senkaku Islands because the Okinawa Reversion Agreement (officially known as the Agreement between Japan and the United States of America concerning the Ryukyu Islands and the Daito Islands) of June 1971 included the Senkaku Islands in the territories to be reverted to Japan.

[The Diaoyu Islands [Senkaku Islands] and its affiliated islands] are islands attached to Taiwan. Like Taiwan, they have been an inseparable part of the Chinese territory since ancient times. It is a blatant violation of China's territorial sovereignty to include the Diaoyu Islands among territories to be reverted to Japan in the Okinawa Reversion Agreement that the two governments recently concluded.

The Chinese people are determined to recover Diaoyu and other islands appertaining to Taiwan.

This statement is the genesis of the Chinese government's current classification of the Ryukyu Islands as China's "first island chain" and Taiwan and the Senkaku Islands as its "core interests."

In recent years, the China Coast Guard's ships have frequently made provocative intrusions into Japanese territorial waters surrounding the Senkaku Islands. The Chinese intrusions can be traced back to September 7, 2010, when a Japanese Coast Guard cutter was intentionally rammed by a Chinese fishing vessel. On December 30, 2014, China's State Oceanic Administration launched a website entitled "Diaoyu Dao: The Inherent Territory of China" that documents the China Coast Guard's numerous violations of Japanese territorial waters.

1.Have the Senkaku Islands historically been Chinese territory?

The State Oceanic Administration's website cites the following four "Basic Facts on Diaoyu Dao" to argue that the Senkaku Islands are Chinese territory:

1. Diaoyu Dao and its affiliated islands are an inseparable part of the Chinese territory; China's sovereignty over them has been established both historically and in terms of international law.

2. China had jurisdiction over Diaoyu Dao and its affiliated islands several hundred years before Japan discovered them.

4. China's determination to protect the fruits of its victory in an anti-Fascist war will not be shaken. China has the confidence and capability to thwart Japan's acts in defiance of historical fact and international law, and to maintain peace and order in the region.

2.Taiwan was not Ming territory in the fifteenth century

What are the grounds for the Chinese territorial claim on the Senkaku Islands? According to the "Basic Facts on Diaoyu Dao," "China had jurisdiction over the islands for several hundred years." Let us analyze this claim by reviewing the history of the Ming dynasty. The most reliable document for this purpose is Da-Ming yitong zhi (Comprehensive gazetteer of the Ming Dynasty), the official regional topographical record of the Ming Dynasty. Each dynasty in China, all of which historically were centralized states, had a tradition of recording the territory under its jurisdiction in its own imperially commissioned topographical records. An examination of the reference to Taiwan in Da-Ming yitong zhi reveals that both Taiwan and the Pescadores Islands were described as islands affiliated with the Ryukyu Kingdom. Sections of Dili zhi (Administrative geography) in Mingshi (History of the Ming Dynasty), an official history of the Ming, reveal that Taiwan was considered a foreign land, as were Korea, Annam (Vietnam), Japan, and the Ryukyus. This shows that at least one of the "Basic Facts" on which China bases its argument--that "China had jurisdiction over the islands for several hundred years"--is historically groundless.

When did Taiwan become a part of Chinese territory? The following reference to Taiwan is found in the Da Qing yitong zhi (Comprehensive gazetteer of the Great Qing Realm), from the reign of Emperor Qianlong (see photo 1): 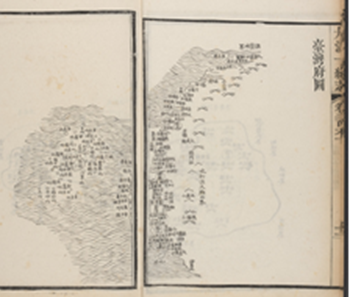 The region has been a frontier since ancient times. The people there do not have dealings with China, and the land has been called an eastern area for barbarians (Tong Fan). People from Japan gathered there during the early years of the Tianqi Era in the Ming Dynasty, and Zheng Zhilong followed them. Subsequently, Taiwan became occupied by red-haired Dutch barbarians.

As shown above, before the Qing dynasty, Taiwan was not governed by China. During the Ming dynasty, people from Japan lived in Taiwan, and the island was later occupied by the Dutch. This version of the Da Qing yitong zhi explicitly states that Taiwan belonged to Japan.

The Chinese government has claimed that the Senkaku Islands are Chinese territory, citing the Shun feng xiang song (Voyage with a tail wind), a navigational guide supposedly compiled in the fifteenth century. It was in the Qing period, however, not in the Ming period, that Taiwan became a part of Chinese territory. It is a historical fact that Taiwan and the Pescadores Islands were affiliate islands of the Ryukyu Kingdom, according to the Da-Ming yitong zhi, and were alien lands according to the Dili zhi in Mingshi, an official history of the Ming. The Chinese government's insistence that it has controlled the Senkaku Islands for several hundred years is totally groundless.

3.The Qing Dynasty and Taiwan

It was in 1684 (23rd Year of Kangxi) that Taiwan, which had once been described as a Japanese territory by the Da Qing yitong zhi from the reign of Emperor Qianlong, became a Chinese territory. At this time, Taiwan belonged to Fujian Province, and was called Taiwan Prefecture. The question is how far into Taiwan the Qing was able to extend its jurisdiction, and whether the Senkaku Islands were included in the territory under Qing jurisdiction.

According to the Taiwanfu zhi (Annals of Taiwan Prefecture) compiled by Jiang Yuying during the reign of Emperor Kangxi, the northern limit of Taiwan prefecture was Jilong Fort, which was 2,315 li away from the southernmost point in Taiwan. Jilong Fort was located in present-day Keelung City. Another Taiwanfu zhi, compiled by Gao Gongqian and others in 1696 (35th Year of Kangxi), confirms that the vicinity of present-day Keelung City was the northern border of Taiwan. This document clearly states that Mt. Jilong, 2,315 li north of the southernmost point in Taiwan, was jiè (the boundary line). 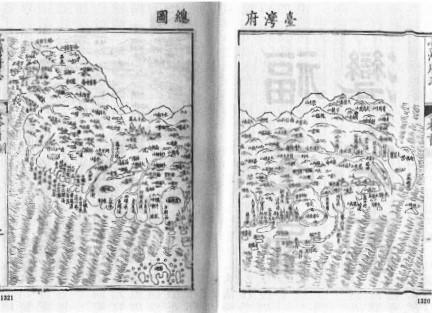 During the reign of Emperor Kangxi, the Kanxi Huang'yu quanlan tu (Complete atlas of the empire) was produced, which presented an accurate map of Taiwan (see photo 3). 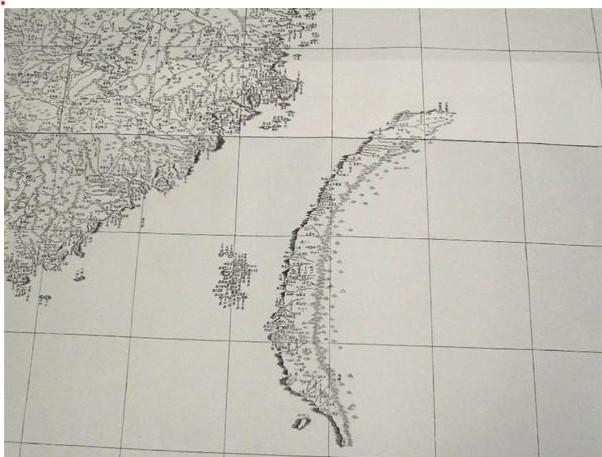 This Kanxi Huang'yu chuanlan tu was the result of a geographical survey that Emperor Kangxi had commissioned the Jesuits to conduct. The information in the atlas was later used in in Da-Qing yitong zhi and "Drawings of Taiwan" in Qinding gujin tushu jicheng (Imperial encyclopedia). "Drawings of Taiwan" (see photo 4) shows the northern border line of Taiwan as Jilong Fort jiè (boundary line). This confirms that the border of Taiwan was Jilong Fort or Mt. Jilong. 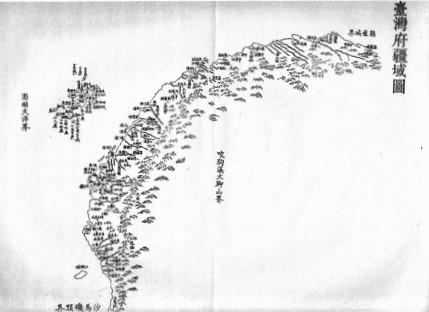 While these travel records say the emissaries caught glimpses of the Senkaku Islands while sailing near them, the documents do not constitute evidence that these islands were Qing territories. While Huang Chao Zhong Wai Yi Tong Yu Di Zong Tu (Atlas of the Great Qing Dynasty) compiled during the Qing era includes references to Uotsuri-shima, Kuba-shima (Kobi-sho), and Taisho-to (Akao-sho) of the Senkaku Islands, Zhai Kun, who visited the Ryukyu Kingdom as the Qing's emissary during the same period, characterized Mt. Jilongin Taiwan as a border for the Qing dynasty.

A poetry anthology compiled by Zhai Kun, Dongying baiyong (One Hundred Verses from the East) contains a poem titled "Eight Poems in Sailing" (Hanghai bayong) that describes his voyage to Naha of the Ryukyus. Zhai composed a poem "Mt. Jilong--The Mountain Appeared After Passing Through Taiwan Prefecture," when passing near Taiwan. In the poem, he said Mt. Jilong "appeared to mark the frontier of the Qing Dynasty." This passage is evidence that Zhai Kun perceived Mt. Jilong of Taiwan province to be the boundary of the Qing Dynasty. (see photo 5). Furthermore, he also wrote that Mt. Jilong, the border of China in "Duhaiyin" in Dongying baiyong. In a word, Zhai Kun, an envoy from the Chinese Emperor who crossed to the Ryukyu Kingdom, considered that Mt. Jilong as the boundary of the Qing dynasty. 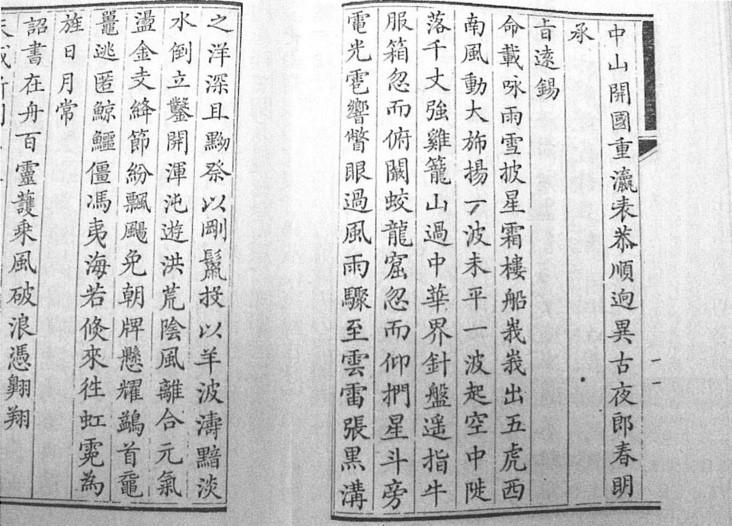 4.The Senkaku Islands were no man's land

Why did Zhai Kun claim Mt. Jilong to be the boundary of the Qing Dynasty? This was because the Qing had conquered Taiwan in 1684 (23rd Year of Kangxi) and established Taiwan prefecture, while defining Mt. Jilong as the northern limit of the Qing's territory. This fact is also confirmed by Taiwanfu zhi compiled by Jiang Yuying and Chong Xiu Taiwanfu zhi compiled by Xian Fan and others. When the Jesuits produced Kanxi Huang'yu chuanlan tu, the contents of the atlas were incorporated into Da-Qing Yitong Zhi and "Drawing of Taiwan" in Qinding gujin tushu jicheng. These two works show Jilong Fort and Mt. Jilong, in the vicinity of present-day Keelung city, as the northern border line (jiè) of Taiwan prefecture.

5.Taiwan in later days and the Senkaku Islands

This fact can also be confirmed by the timing of the incorporation into Taiwan of islets such as Huaping and Pengjia, which are located between the Senkaku Islands and Taiwan. According to the Chi-lung shih zhi (Record of Keelung City) published in 1951, it was in 1905 (31st Year of Guangxu) that islets such as Keelung, Pengjia, Mianhua, and Huaping were incorporated into Keelung City. The Senkaku Islands are located some 150 kilometers away to the east-northeast of these islets.

This overview of the relationship between the Senkaku Islands and Taiwan clearly shows that the Chinese argument, to the effect that "Diaoyu Dao [Senkaku Islands] and its affiliated islands are an integral part of China; China's sovereignty over them has been established both historically and in terms of international law," cannot be sustained.

The insistence that "China had jurisdiction over Diaoyu Dao [Senkaku Islands]and its affiliated islands several hundred years before Japan discovered them" is also confirmed to be untrue.

The argument that "in accordance with the Treaty of Shimonoseki, Diaoyu Dao and its affiliated islands were ceded to Japan" is also factually wrong.

Although the Chinese government insists on making territorial claims on the Senkaku Islands by presenting what it calls four "Basic Facts on Diaoyu Dao," the analysis in this review shows that China has no historical title to the Senkaku Islands. If the Chinese government still continues to violate Japanese territorial waters in the vicinity of the Senkaku Islands and take unlawful possession of these islands, Japan, to borrow the language in China's declaration, must have "the confidence and capability to thwart" China's "acts in defiance of historical fact and international law, and to maintain peace and order in the region."

†The views expressed in this paper are those of the author and do not necessarily represent the views of the Japan Institute of International Affairs.

[*] Masao Shimojo is a visiting professor at Tokai University's Institute of Oceanic Research and Development, and at the University of Shimane.